home account Shoping cart
HOW TO MAKE MONEY IN WILDSTAR

Although Money in WildStar is very easy, I am always asked by a large number of players about how to make money every day. First thing I want to make clear is that I am not the richest player by any standards as I am sure that there are several guys who have hundreds of Platinum thanks to early wealth acquisition through Architect crafting. That aside, I’ve still managed to get around 75 platinum since launch which I’ve begun to lavish on the best Runes money can buy. Following is my money making method. 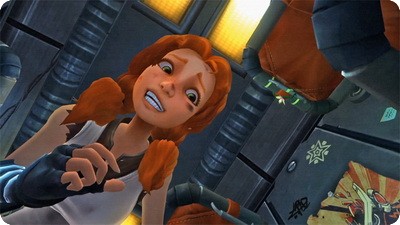 Many players still don’t realize that the monetary benefits of salvaging. You can find the green or higher and above item level 47 are always beneficial for you to salvage. But there is a catch, you should always check the Auction House/Commodity Exchange first before salvaging, to get a clear picture of what you’re intending to salvage isn’t worth more as the current item. This does tend to only be for item of a blue or higher quality and most greens just salvage instantly. The reason why salvaging is so profitable lies in its potential benefits you can get. To be precise, even the green items have a chance of bringing back the components that have significant value. Runes of different kinds, cores and scrap components can all sell for good values even if your originally salvaged item is worthless. I spent the last few days salvaging swathes of green items ( above item level 47) and make around 4 platinum from landing lucky on the Runes and Cores that dropped. Just run straight to the Auction House Create Sell Order page to view your items value once you’ve had a salvaging . 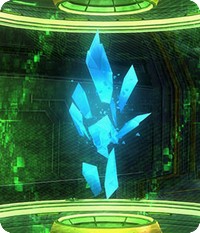 You’ll be able to accrue Elder Points, when you are at Level 50. These Elder Points can be collected by undertaking any activity that would have, before you reached level 50, provided experience. At the bottom of your HUD you’ll see that your old experience bar has been replaced by Elder Points progression. Every time when you fill up this bar (75,000 Elder Points needed) you’ll be rewarded with an Elder Gem. You can then convert this gem to a variety of items. After you’ve got 140 Elder Gems in one week, the action of accumulating Elder Points will terminate. Now, you begin to earn money instead of experience. The conversation rate isn’t enormous (around 1-2 gold per Adventure Boss kill) but is soon adds up as you play through a variety of games content.

The Functions of the Auction House and Commodity exchange bear some resemblances to the Auction house in World of Warcraft or Trading Post in Guild Wars2) with the exception that Carbine has split its functionality. The Commodity Exchange enables you create Buy Orders and Sell orders as well as Sell now and Buy now. Alternatively, the Commodity Exchange only permits the purchase and sale of items for classes (armor and weapons) and housing. The Commodity Exchange, in terms of revenue, is near limitless decided by how much time you’re willing to invest.

There are some useful things for you to keep in mind that when tackling the Commodity Exchange. Try to avoid using the Buy Now or Sell Now facilities. These two places are where the Commodity Exchange power-players make their margins as they count on players selling their item cheaply or buying them at a higher price. Try to use Create Buy Order or Create Sell Order to obtain items cheaper than their Buy Now/ Sell Now price but sometimes your orders can take some time to fill.

About using the Commodity Exchange, I’d recommend you to download the following two Addons .The first one enables you to key in monetary values more easily (the default WildStar UI for entering money sucks) and the second is an Addon which shows you the margins you can make on an item you’re viewing including multipliers depending on how many you buy. It is a really a convenient tool for you to make calculating potential profits.

Depending on what you buy and sell on (or just sell on from items you can find or salvage) will be determined by our server. The Main things are currently selling on Hazak are Runs, high level Power Cores, some foods and AMPs. I have earned a significant sum of money by placing Buy Orders for a variety of these items (those with the highest margins in the highest quantities). I always tend to max out my Buy Orders and wait 24 hours and if they all haven’t been fulfilled by then, I cancel what’s remaining and list what I’ve successfully purchased.

I want to mention you that sometimes there are some trial and errors with the Commodity Exchange. You can always find a lot of undercutting here that goes on, players contend with each other with a few silver below or above your price for the same item and the 24 hour turn-around can slow things down. Just like a gamble, it’s also a bit of a guessing game at time as to how the market will react to what you’re listing. I had a spell where I made a big fortunate from certain runes and then in the blink of an eye the market bottomed out and I’m now stuck with a sizable quantity I can’t yet shift. Evidently practice makes perfect. 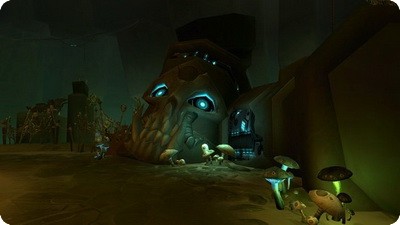 What I’m going to strongly warn you is that the money versus time is often quite low if your group isn’t optimal. With a guild group of seasoned players and when Elder Gem Capped it’s easy to quickly complete an Adventure or Dungeon and earn plenty of loot to salvage or sell in the process. the problem here however is that if there are any wipes or encounters which slow you down It’s more efficient to hit the Commodity Exchange.

Your daily bread of income, you at level 50, can win around 1 Platinum per day by undertaking those daily quests on Crimson Badlands and Northern Wastes. If you loot everything you kill and utilize salvaging/sales through the Commodity Exchange it can be more significantly profitable. It only takes around an hour to complete the dailies and they’re also a brilliant way of allowing you to cap your Elder Gem so that you can begin earning additional money instead. The only one negative aspect of doing dailies is the repetitiveness of them and if you’re playing on PvP server, the likelihood of being ganked.

You will be rewarded with a chest, after you win a Battleground or Arena, which contains a number of items and some money (around 10–18 silver). It isn’t a big money but the main profits come from the weapons and armor that drop form the reward chests. I tend to collect all of them (due to their poor Commodity Exchange and Vendor sale prices) and then list whatever turns up from the salvage. Lastly, with the Prestige you’re rewarded with I’d recommend that after you’ve acquired all your PvP gear that you purchase the lowest cost armor (above level 47) so that you can salvage it as an additional source of components to sell on.

The thought of grinding makes me extremely sad and want cancel my subscription but there’s a couple of spots in WildStar that are a joy to grind in. The enemies are incredibly easy to kill and respawn very soon. Although I’m not going to share those spots (there’s only room for 1) they are in Blighthaven and Grimvault. I’ve made a fortune from these spots just in one hour as the loot drops are excellent and relatively pain-free when talking to friends at the same time. I will add though that grinding should always be your last resort.

Maybe this is not the most viable method for many, but C.R.E.D.D isa good way to make money.

If you’re paying real money, it’s an instant boost for your wallet. If not, you should invest in C.R.E.D.D right now, because it is truly an excellent way of securing money in the future. On Hazak C.R.E.D.D is worth 6 Platinum each. Price fluctuation - A little bit like Guild wars 2’s Gem system. It’s price will likely rise in 6 to 12 months time. If you buy them with a cheap price right now the money you earn to convert them later, you’re sure to make a significant profit.

WHICH OF THESE SHOULD I USE?

Obviously, all I introduced above are good. You can choose any one of them or all of them, even Grinding is, as I said, a last resort. You can earn considerable amount of money when undertaken over a period of time. In terms of efficiency simply salvaging items as you play the game, not spending what you have and the utilizing the Commodity Exchange is without doubt the most effective. To get familiar with the Commodity exchange though is a tough process and it’s something that simply has to be tried and tested in order to maximize your effectiveness. One thing Iwant to inform you first is if you encounter the Commodity Exchange bug, be prepared to suck away hours of your time.