There are numbers of new dungeons in Mists of Pandaria. Do you feel lost in a dungeon? Not sure what the tactics are? We are going to get you guys some little tips of the heroic dungeons in MoP here. But it will be too much to say if we include each of them. So we will take only four of them to introduce: Stormstout Brewery, Temple of the Jade Serpent, Mogo'shan Palace and Shado'pan Monastery.

The new leveling dungeons in Mists of Pandaria are a great mixture of fun and fear, as well as of straightforward bosses and panic-inducing fights. If you want to push through these dungeons, the information we provide should be enough for you.

The Stormstout Brewery is one of the two instances you'll be running once you start on dungeons in Mists of Pandaria. It's available at 85 and is probably the current easiest one. Let's start with it to the journey to lvl 90.

Watch out the debuffs flying around in the Stormstout Brewery. Such as the Bloat, it makes you shoot beer out of your ears. There are various others that inflict damage, stun you, silence you, slow you, and do all of the above.

Click on the Ook-Ook's barrels to mount them, or either dodge them or jump on them and steer them around. What you actually do is to get within range of the barrel and click it. Also, you can cast while running away from Ook-Ook's Ground Pound AoE. Use a survival cooldown when he Goes Bananas. 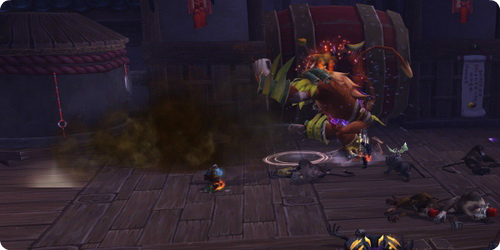 When facing the Hoptallus, remember to avoid his Carrot Breath and whirlwind. Click the hammers, and then use the extra action button to kill adds.

Keep someone stay near Yan/Zhu the Uncasked. Avoid the suds walls by jumping, click bubbles to escape the floor, move away from the group with Bloat, move around with Blackout Brew, kill the Bubble Shield, intercept add beams and kill adds. Then you should get through it.

Temple of the Jade Serpent

The Temple of the Jade Serpent is the first we'll be encountering in Mists of Pandaria. You can go at level 85, and if you've managed to level up to 86 in the Jade Forest, you can buy items from an NPC standing at the front door, including higher-level bandages, glyphs, and Tome of the Clear Mind, Mists of Pandaria's version of Dust of Disappearance for those level 86 or higher. 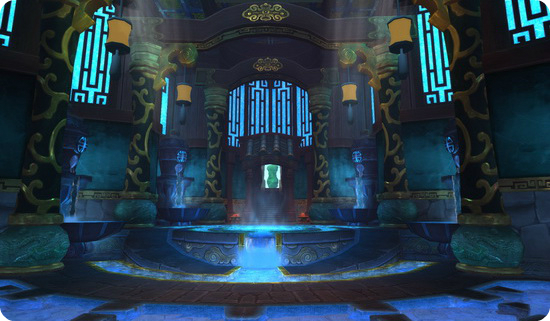 When come to the Wise Mari, avoid all water, especially puddles dropped by elemental adds when they die. Run ahead of the rotating water blast; don't soak it. The Lorewalker Stonestep needs DPS to Strife or Peril until it has unhealable stacks of Intensity, then switch to the other. Blow cooldowns if stacks get too high. Kill suns, tank shas, heal through Zao's random damage.

Liu Flameheart needs tank to stand in the middle. Be careful of the waves of flame, and don't stand in green circles on the floor.
The Sha of Doubt needs to be dispelled of the Touch of Nothingness as soon as possible. Stack and nuke adds with DPS cooldowns during purple phase, or they heal the boss.

In the World of Warcraft: Mists of Pandaria expansion, Mogu'shan Vaults is a raid instance. It is available in 10 and 25-man raid sizes, has both a normal and a heroic version. 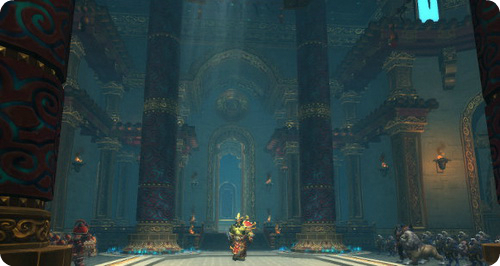 There will be 6 boss encountered in the raid, accessible only in their intended order. First one is the Stone Guard. It is a basic test of your raid's ability. Then come to the next two bosses, Feng the Accursed and Gara'jal the Spiritbinder. Feng is a rather simple 3-phase fight, while Gara'jal is heavily reminiscent of the heroic mode of Valiona and Theralion, in the Bastion of Twilight, requiring your raid to simultaneously perform tasks in two different realms.

The third one is the Spirit Kings. It will be another council-style fight. It has many interesting and innovative mechanics that are sure to keep you on the edge of your seat.

The next is Elegon, which bears a striking resemblance to Algalon, in Ulduar. This is a complicate one for passing through, containing as many abilities as the fight against Alysrazor. However, with proper execution, it is definitely not an impossible challenge.

The Will of the Emperor is the final encounter of the raid. This is a complex and long encounter, where you will be assaulted by many different types of adds, before finally engaging Qin'xi and Jan'xi, the two actual bosses.

Shado-Pan Monastery is suitable for level 87 to 90. It has several things require you to attention as well. First one is the Gu Cloudstrike. Remember do not stand in lightning. Turn the dragon away from the group. On Magnetic Shroud, stack up and spam big heals onto one player. 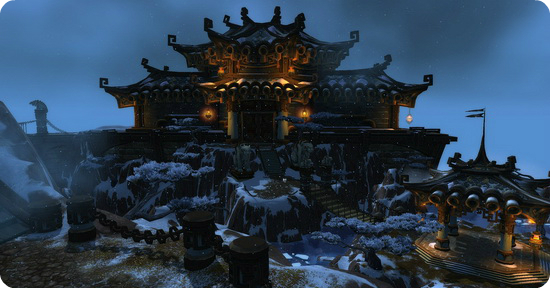 Stand behind him when facing the Master Snowdrift. Run from Tornado Kick. Dodge flying bolts. Parry Stance is not for hittings.

Disorient from the Sha of Violence needs to be dispelled if you have time. Keep away from whirling smoke, or enjoy 100% less crit chance and additional damage. Move from light puddles before spikes appear. Adds only live for 30 seconds. He enrages at 30% health; use healing/survival cooldowns if needed.

Taran Zhu Use Meditate early and often when the fight's going well to empty your Hate bar. Ranged DPSers, kill Gripping Hatreds ASAP. Avoid whirling shadow bolts; use a survival cooldown if you get knocked into them.