It's not Skyrim 2, if that's what you're asking

Right, it's time that we attempted to clear up this mess once and for all. The Elder Scrolls Online: Tamriel Unlimited launched on the PlayStation 4 last month, but despite the fact that the game's been out for a reasonable amount of time, we still get asked the same old questions on a regular basis - the most common of queries being: what is The Elder Scrolls Online?


And so, we've decided to put together this hopefully helpful guide for anyone who's still unsure as to what this fantasy role-playing game actually is. We've broken the article down into numerous sections based on specific questions, covering everything from the basics through to some slightly more complex explanations. Without further ado, let's get started. 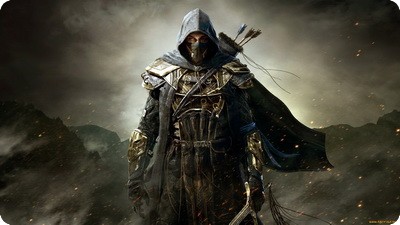 Is it a sequel to Skyrim?

The Elder Scrolls V: Skyrim was a massive hit back when it launched in 2011. The game catapulted Bethesda's long running franchise into the mainstream eye, so it's no wonder that so many people think that Tamriel Unlimited is some sort of sequel. However, they'd be wrong.

The Elder Scrolls Online, as its name suggests, is not a single player release. It also doesn't have much to do with Skyrim. Sure, it's released four years after, and it shares numerous gameplay traits with the series' previous instalment, but if you're expecting Skyrim 2, then you're going to be sorely disappointed.


Is it made by the same people who made Skyrim?

Does it run on the same engine as Skyrim?

Perhaps thankfully, it does not. Skyrim's Creation Engine was based upon an old engine that Bethesda had been using since the days of The Elder Scrolls III: Morrowind. As such, it's got a reputation of being, er, less than stable.

It's no secret that Bethesda titles like Fallout 3, Fallout: New Vegas, and indeed Skyrim, were plagued by bugs both minor and game-breaking. Of course, since Tamriel Unlimited is a massively multiplayer online title, there's no way it could have been built on the same engine. As a result, you certainly shouldn't expect countless glitches and crashes from The Elder Scrolls Online. From what we've played, it's actually really well polished from a technical standpoint.

Do you play as the Dragonborn?

Nope. In The Elder Scrolls Online, you play as a character of your choosing who has been brought back from the dead without a soul. The title as a whole tells a completely different story to the one that's found in Skyrim, and although there are nods to older releases in the franchise throughout the game, it's actually set around 1,000 years before the events of Skyrim.

What makes it an MMO?

Well, the obvious answer is that you'll be playing the game alongside other people. On a base level, The Elder Scrolls Online is your typical Elder Scrolls title, except you're sharing a persistent world with other players. This means that as you travel around, you'll be doing all your usual adventuring stuff, like exploring old ruins and killing monsters, but you'll constantly come across your fellow players as you do.

You can group up with strangers or friends to form a party, and then you can go adventuring together. Or, you can take part in the release's competitive multiplayer, which sees you fighting against other factions as you attempt to conquer Tamriel's central providence, Cyrodiil.

Can I play it offline?

No, you need an internet connection to play The Elder Scrolls Online. The game is built upon what ZeniMax Online Studios calls megaservers. There are currently two megaservers: one for Europe, and one for North America. Basically, where most MMO games break users off into various different servers, Tamriel Unlimited plops everyone onto one big server. That said, it isn't possible for all players in one region to gather in one area at any one time. This is because the game cleverly phases players in and out of each area, so don't worry - it's never going to be overly crowded.

Is there a subscription fee?

Thankfully not. When The Elder Scrolls Online initially launched on PC in 2014, it required a monthly subscription fee. However, with the announcement of Tamriel Unlimited along with confirmed console release dates, ZeniMax Online Studios revealed that it'd be scrapping the title's subscription.

In its place, the company introduced the Crown Store - an in-game shop that allows you to buy mostly cosmetic items with real money - and an optional subscription service that provides multiple benefits. Fortunately, you don't have to deal with either to enjoy the release - they're purely optional. This means that all you have to do is buy a copy of the game, and you're ready to go.

So does it play like an Elder Scrolls game?

By and large, yes it does, although it incorporates many gameplay elements that you'd expect from an MMO. In that sense, it's very much a hybrid of the two. For example, when it comes to combat, you block with L2, and you attack with R2, but at the same time, you use the face buttons to perform different equipped abilities. So you could be a two-handed warrior, smashing your foes with a big mace every time that you push R2, but with a tap of triangle, you might pull off a magic-related technique that uses up some magicka and has a cooldown period.

As you may have guessed, combat is quite unique, in that it's not purely about your stats, skills, and character builds, as it is with many other MMO releases. All of the fighting happens in real time, just like it does in the rest of the series - it's just got a few MMO bits and pieces chucked into the mix.

Meanwhile, outside of combat, it's pretty much what you'd expect. You've got an open map to explore, there are monsters to kill, and there are countless quests to pick up and complete, all while you level up your custom hero and develop their abilities.

Can I play it alone?

We've already said that you can't play The Elder Scrolls Online without an internet connection, but you can actually enjoy it alone if you choose to. While there will always be other players running around, the game's main story and hundreds of optional quests are all doable by yourself. To an extent, playing alone without grouping up with others can make the experience feel like a traditional Elder Scrolls release.

What's more, there are instances throughout the game, including the main story quests, which can only be tackled when you're playing by yourself. 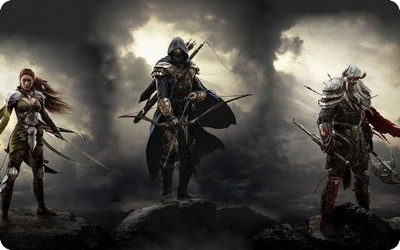