With patch 5.2 we will see even more dailies added to the Mists of Pandaria. The dailies are faction specific and do two things for you. They allow you to gain reputation with your factions reputation, which are the Kirin-Tor Offensive for the Alliance or the Sunreaver Onslaught for the Horde. Secondly, they are tied to the storyline and the eventual unlocking of the entire Isle of the Thunder King.

They are setup very much like the Patch 4.3 Firelands daily quests. Just like the patch 4.3 dailies, as more dailies are completed you will unlock additional parts of the isle. Unlike patch 4.3, this time around the additional areas are unlocked per faction instead of per player. This means that the different areas will open up as your server player base works on daily quests and completes enough to advance the storyline. 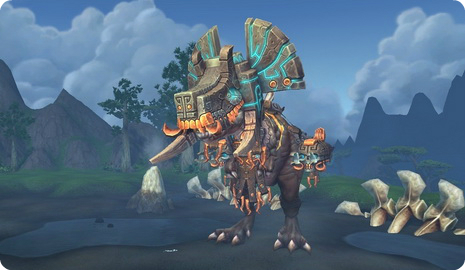 Getting to the Isle of the Thunder King

Before you can take part in any of the daily quests you need to get to the Isle of Thunder. To do that you need to make your way to the Shado-Pan Garrison in the Townlong Steppes. From there you will find a tent with an NPC for each faction nearby. The Alliance NPC can be found just to the north of the garrison, and the Horde NPC is found just to the east of the garrison.

Talk to the appropriate NPC to make your way to the Isle of Thunder and to get a beacon that will grant you the ability to port back to your factions base there. There you will talk to your factions leader, which are Jaina Proudmoore for the Alliance and Lor'themar Theron for the Horde, and they will oversee your dailies each day.

Once at the Isle of the Thunder King, the number of dailies depends on the current stage of the invasion by your faction. 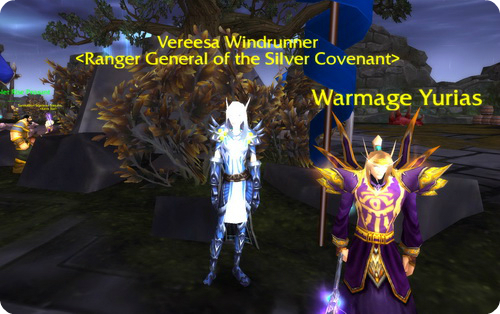 Stages of the Isle of the Thunder King

There are 6 stages in the unlocking of the isle of the Thunder King. They are numbered 0 through 5.

Stage 0 – Lay siege to the isle from offshore.
Stage 1 – Gain a foothold on the isle.
Stage 2 – Gain access to the outer city.
Stage 3 – Infiltrate the mines and gain acces to the Thunder Forge.
Stage 4 – Gain control over the shipyard.
Stage 5 – Make your way to the door of the Thunder King.

Yet there is no need to worry about the fact that factions need to unlock each stage. Blizzard has already considered this and let everyone know that the number of quests that need to be completed to unlock each stage is based on the population of the server and the percentage of Alliance / Horde. This means that even if you are on a low population server, and outnumbered 5-1 by the opposing faction, you should be able to unlock the stages at roughly the same time as everyone else. 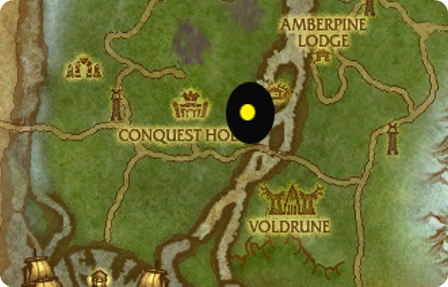 A very cool feature with this set of dailies is that they are available in both PVE and a PVP versions. That's right, for you PVP fans that are sick of doing PVE quests to earn reputation, you can now stick with what you love, for the most part.

Each day when you visit your factions base and start questing you will be offered the ability to chose which set you would like to do for the day.

Dailies on the Isle of the Thunder King

Each stage offers different daily quests and not all are unlocked on the PTR servers yet so it is impossible to provide a complete step by step guide at this time. However there are several available including a key chain that has you establish your base on the isle.

For the Alliance faction when it is time to gain a foothold on the isle Jaina will give you a quest to capture a troll base to use as your own.

This involves several phases as you enter a solo instance to complete this quest, which plays out almost exactly like a scenario.

In phase one of the quest you set out with an escort to get to the isle. On the way though you are shot down by lightning.

Phase two involves surviving the ambush after you are shot down. You must simply slay a few beast callers and their pets and you will move on.

Phase three requires you to move up the pathway to the start of the hill and knock out the troll barricade there. From this point on in the quest line you should watch for Devil's Blood Elixir's laying around the area. This elixir grants a 30 second buff that heals you for 5% of your health every 3 seconds. This is very useful if you are not raid geared.

Phase four involves killing a giant triceratops type mount and the troll beastcaller Pakutesh that is riding it. 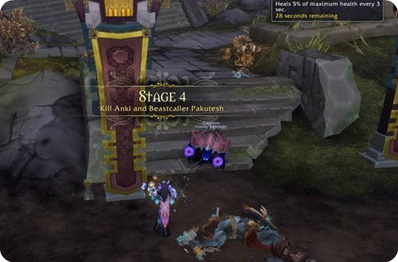 Phase five has you make your way to the centre of the troll camp and defeat the troll guarding the artifact that is powering the shield that is protecting the base. Again watch for elixir's on the ground as they can really help you survive the fight. In this fight you need to deal with the troll and the artifact that floats around. When the floating artifact starts casting a silence effect you need to make sure you get into one of the shielded areas that forms on the ground or you will suffer significant damage and be silenced for 10 seconds which could mean your death as a caster. As long as you watch for this and get into a shielded area the fight is simple enough.

Note: A key thing to realize and something that is not explained in the quest text is that once you are done you need to “leave instance”. This is because the game starts a solo instance for you, which it does tell you, but never makes it clear that you need to leave it to complete the quest. Many players have spent a lot of time looking for a quest turn in while in the instanced version of the isle, and wasted a lot of time. Therefore, once you see that you are done all of the stages of this quest chain and your base has been established, just leave the instance and you will appear in front of your factions leader to turn in the quest.